When Apple executive Phil Schiller first announced the HomePod on stage at the Worldwide Developer Conference (WWDC), he stood in front of images of Amazon Echo and Sonos and said, “None of the other companies have quite nailed it.” But Schiller wasn’t comparing the products as much as attempting to set HomePod apart.

But my two cents is that HomePod really isn’t an Amazon Echo, Google Home or — on the other side of the spectrum — Sonos competitor. It’s a different animal entirely.

When it comes to smart home voice control, there’s really no comparison. Amazon’s and Google’s extensive lists of supported third-party platforms have Apple beat by a mile. Apple HomePod only extends Siri home control to HomeKit-enabled devices. The company has no plans to include third-party support outside of HomeKit … and I wouldn’t hold my breath.

Then there’s Siri. Independent research suggests that Siri has some catching up to do when compared to other smart assistants like Alexa (Amazon), Cortana (Microsoft) and Google Assistant. Researchers posed 5,000 questions to the voice control assistants and recorded the answers. Of the 5,000 questions…

The way Apple has differentiated itself is by turning the smart speaker on its head. While Amazon and Google offer voice control for the smart home in speaker form, Apple emphasizes that HomePod is a speaker first. The Siri voice control element was pitched as an added bonus to make users’ listening experience better — Siri is a “musicologist” that helps you choose a tune, shuffle a mix or discover new music. Oh, and she can control some other stuff too. Voice control is secondary.

If customers are looking for smart home control, HomePod doesn’t jump out at me as a top choice, unless users are already invested in the Apple ecosystem (more on this later). But that seems intentional. Apple has made a smart speaker, not an overall smart home device shaped like one.

With its seven-tweeter array, four-inch high-excersion subwoofer and Apple-designed A8 chip, HomePod looks a lot more like Sonos than Echo or Google Home. Integrator Jordan Wills of Cloud9 Smart Home in New York City says there’s a reason for that.

Wills says that HomePod’s build is capable of moving a lot of air into a 7-inch tall cylinder, which is a good work-around for getting big sound out of a small form factor.

“The similarly-sized Sonos Play:1 only packs one tweeter, which it rounds out with two amps and a mid-woofer,” adds Wills. “Both tune themselves to the room they’re in, but HomePod’s video illustrates a more complex approach to tuning versus the Sonos Trueplay App.”

Wills guesses that Apple’s “beam forming” and “acoustic modeling” are marketing speak, and that “while HomePod might outplay Play:1, Apple clearly can’t compete in the next category,” meaning Sonos’ Play:3 and Play:5.

Sonos has also demonstrated the ability to play well with others. Its products dominated the wireless audio, soundbar, subwoofer, loudspeaker, and even audio amplifier categories of CE Pro’s 2017 CE Pro 100 Brand Analysis, so clearly despite all the moaning and groaning, integrators are using them. And Sonos supports all music streaming services while Apple only supports, you guessed it, Apple Music. (However, it’s currently the only speaker that supports streaming from Apple Music.)

But here’s the wrench in the Sonos comparison: Sonos has been building mics into its speakers for a couple years. As of now the mics remain dormant, but Wills is thinking the company’s intention is either to include Amazon Alexa integration or launch its own voice recognition attempt shortly, probably the former.

In many ways, HomePod’s success depends on the growth, or lack thereof, of its competitors.

Apple has tried to get into the audio game before, says CE Pro Europe‘s Jordan O’Brien.

Back in 2006, Apple launched the iPod Hi-Fi, a speaker dock for charging an iPod and listening to music. While that dock didn’t have the smarts of the HomePod, its sound quality was praised as being better than much of the competition.

“Despite being acoustically better, it was only marginal, while the price was significantly higher,” says O’Brien. “That led the Apple iPod Hi-Fi to poor reviews and a quiet death. Let’s hope the same doesn’t happen for HomePod.”

Apple can’t do home control quite like Amazon or Google if it never supports third-party platforms. But not supporting third-party is a choice.

Apple can’t do sound quite like Sonos, especially the higher-level models. But settling in between Play:1 and Play:3 is a choice.

Instead of taking a position at one end, the company has commanded a place in the middle, for those customers who want a good sound and the ability to control their speaker and a few other things easily using voice. Is that enough? Maybe not on it’s own (especially for $349), but we’re forgetting about the giant chunk of people Apple can count on every single time: Apple users.

For customers already deep in the Apple ecosystem, HomePod makes perfect sense. HomePod works with all iOS and Mac OS devices, HomeKit devices, Siri voice control and Apple Music. Loyal Apple customers are already using most if not all of these products, and HomePod fits right in to connect everything.

“The HomePod announcement focused on how easy it will be to control your Apple Music collection,” says Wills. “Within the Apple ecosystem control will be fantastic, and the option for party guests to throw a song into the queue without downloading a separate App is a killer feature.”

If you have a client who is a big Apple fan, with a MacBook Pro, iPhone and HomeKit security devices who wants a good-sounding speaker, HomePod is a no-brainer. If you’re talking to an Android phone user with Amazon Prime who is uninterested in sound quality (or on the flip side, someone looking for superb sound … remember, Amazon Alexa works with respected audio brands like Bang & Olufsen and Harman), it’s going to be a different story.

This isn’t a question of which device is best. It’s a question of user identity and brand loyalty, which is Apple’s strongsuit after all.

Getting enough GOOD SLEEP is always a concern, meaning your body stays fatigued.  That should not be the case assuming we spend 1/3rd of our lives sleeping. The key ingredients to a good nights sleep The Resting Bed:  Provides a unique customizable bed experience by...
Read More

An Article from Chelsea Cafiero · June 9, 2017 at cepro.com When Apple executive Phil Schiller first announced the HomePod on stage at the Worldwide Developer Conference (WWDC), he stood in front of images of Amazon Echo and Sonos and said, "None of the other...
Read More

Getting enough GOOD SLEEP is always a concern, meaning your body stays fatigued.  That should not be the case assuming we spend 1/3rd of our lives sleeping. The key ingredients to a good nights sleep The Resting Bed:  Provides a unique customizable bed experience by...
Read More

An Article from Chelsea Cafiero · June 9, 2017 at cepro.com When Apple executive Phil Schiller first announced the HomePod on stage at the Worldwide Developer Conference (WWDC), he stood in front of images of Amazon Echo and Sonos and said, "None of the other...
Read More 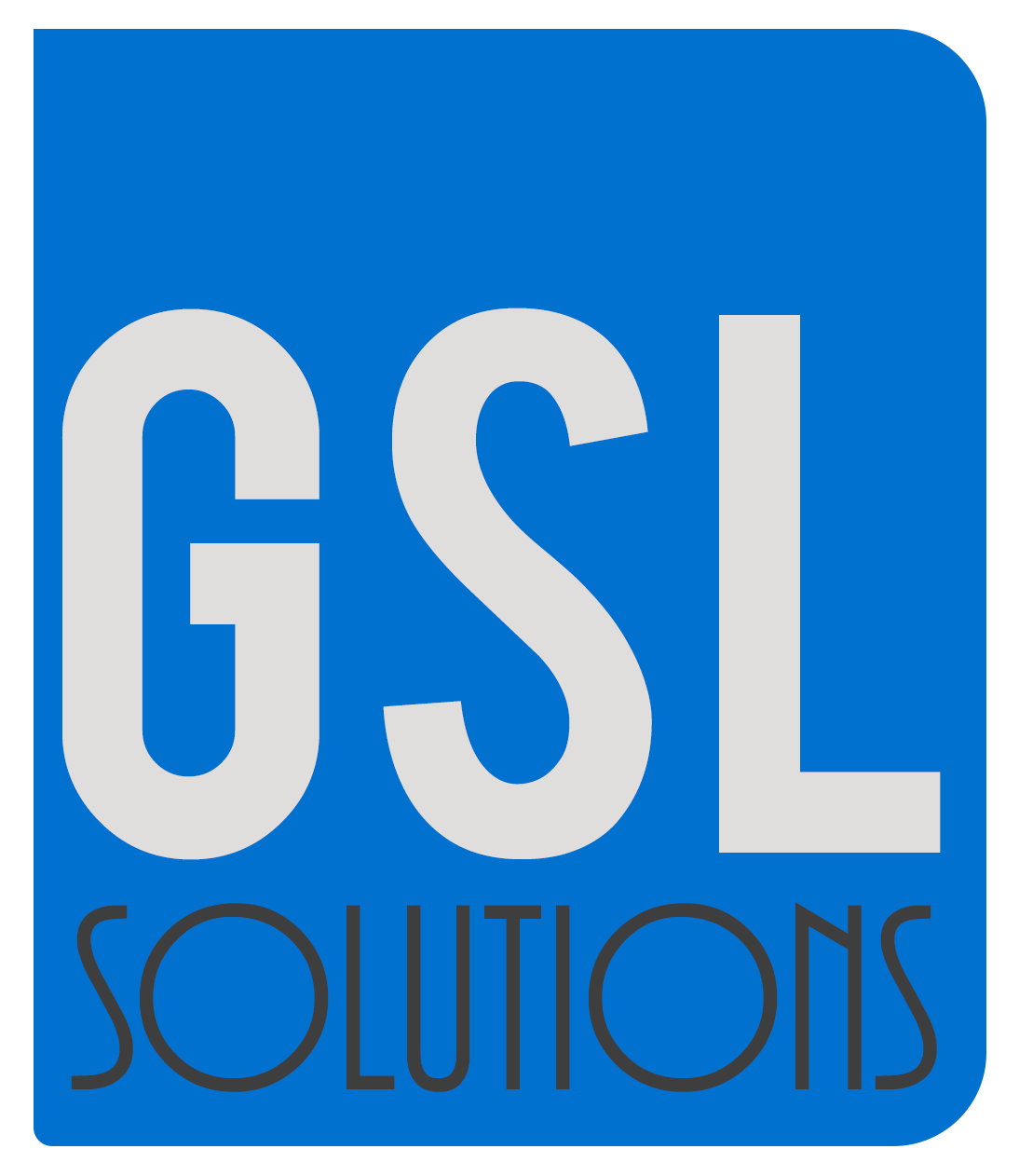